I was lucky enough to attend the Kentucky Derby for the seventh time as part of the Sports Illustrated crew. Here are 15 or so from this year’s trip. I don’t have any of the race itself because it was doing work for SI at the time. 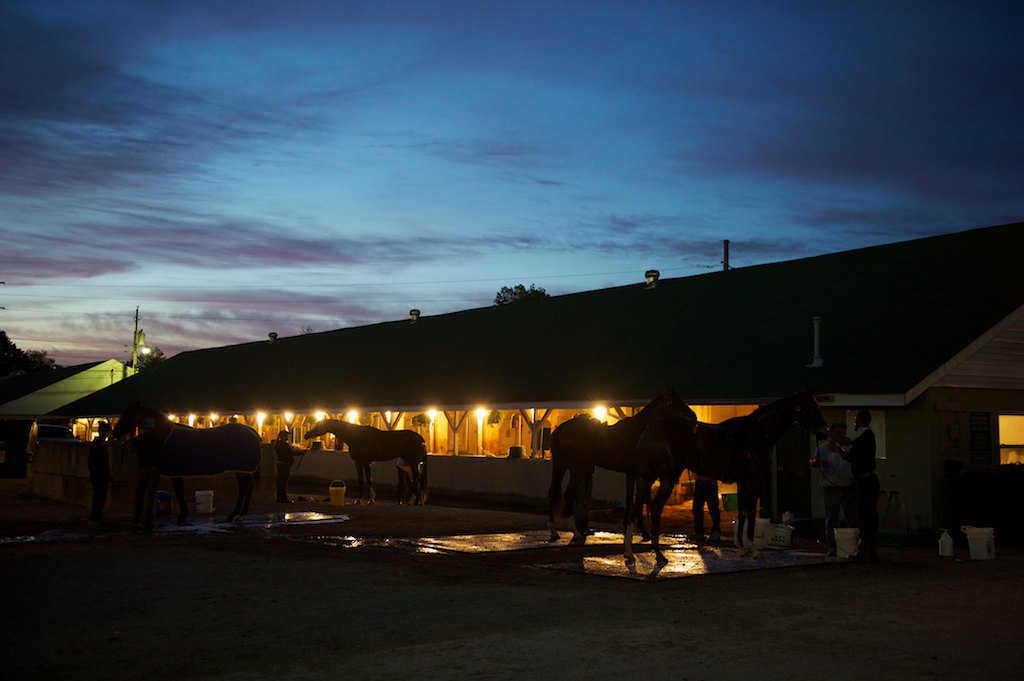 A scene from “the backside,” where the barns are located. It’s called the backside because it’s located on the opposite side of the track from the grandstands. More than 40 barns are tucked into a tight space and a lot of activity takes place out in the open. Horses train in the early morning hours and the backside is a flurry of activity well before dawn. 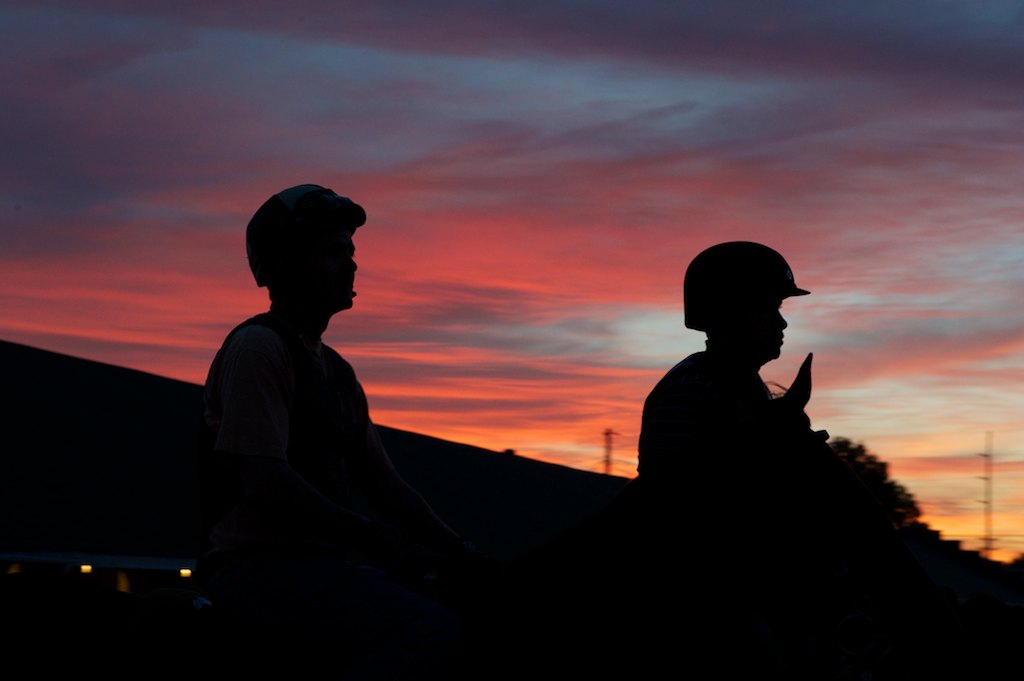 Exercise riders silhouetted by the sunrise. 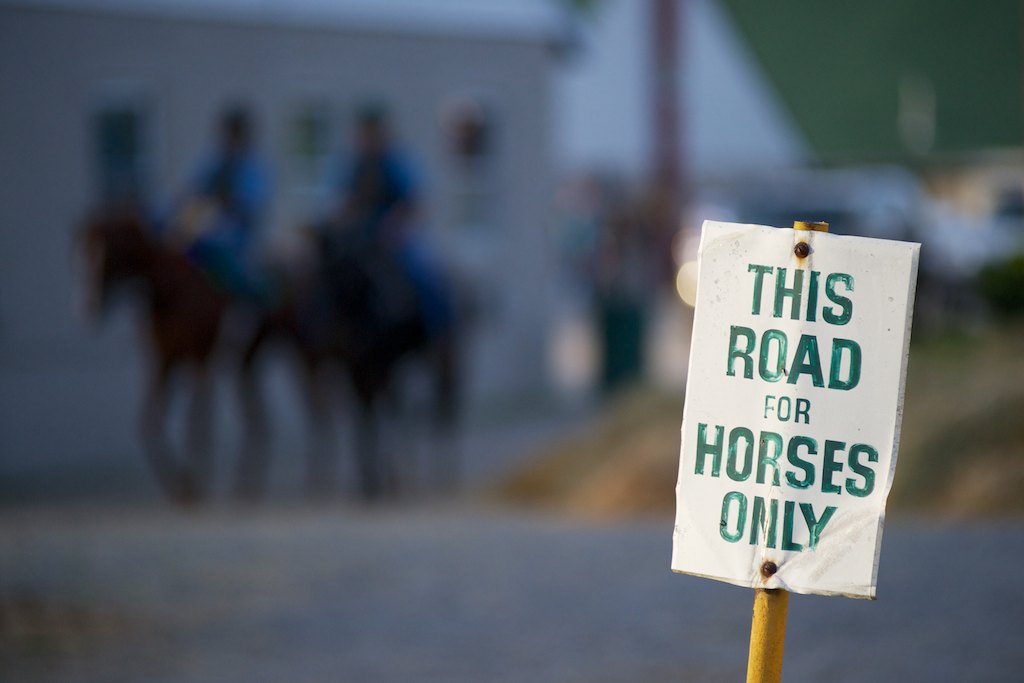 I seem to take this photo every year. I’m easily amused. 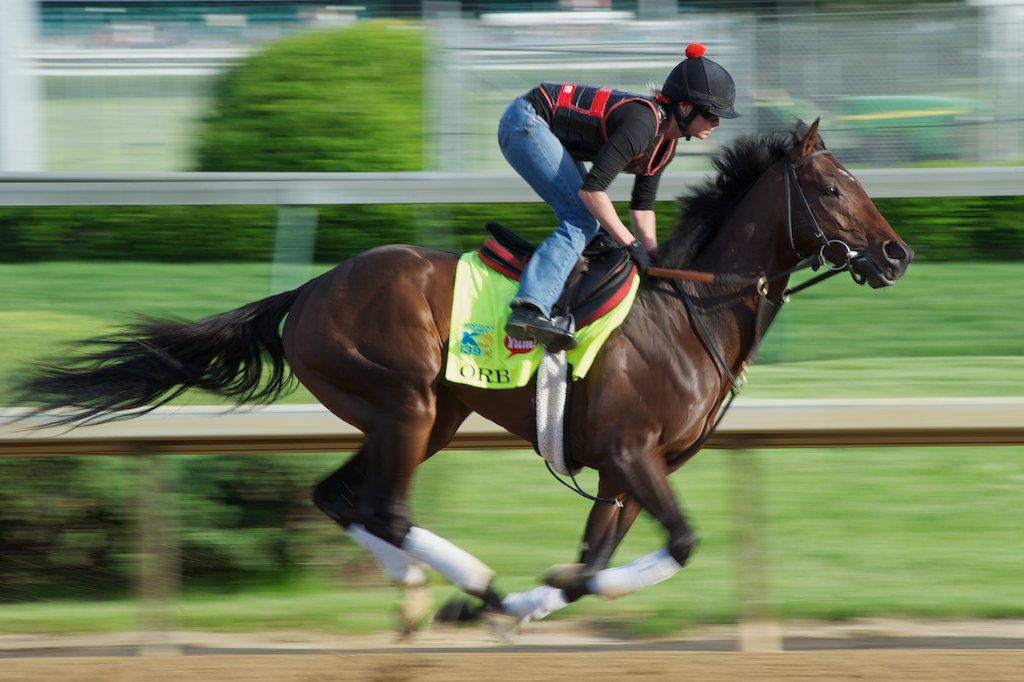 This is Orb, the Derby winner, working out on the Thursday before the race. A magnificent animal. Starting at 8:30 in the morning, only Derby horses are allowed on the track for a 15 minute window. A huge line of photojournalists gather along the outside rail to get as many of the horses as they can so that the images can be transmitted back to their publications. Some trainers seem to operate in stealth mode, however, and send their Derby horses out under the cover of darkness at 5:30 or 6:00 a.m. 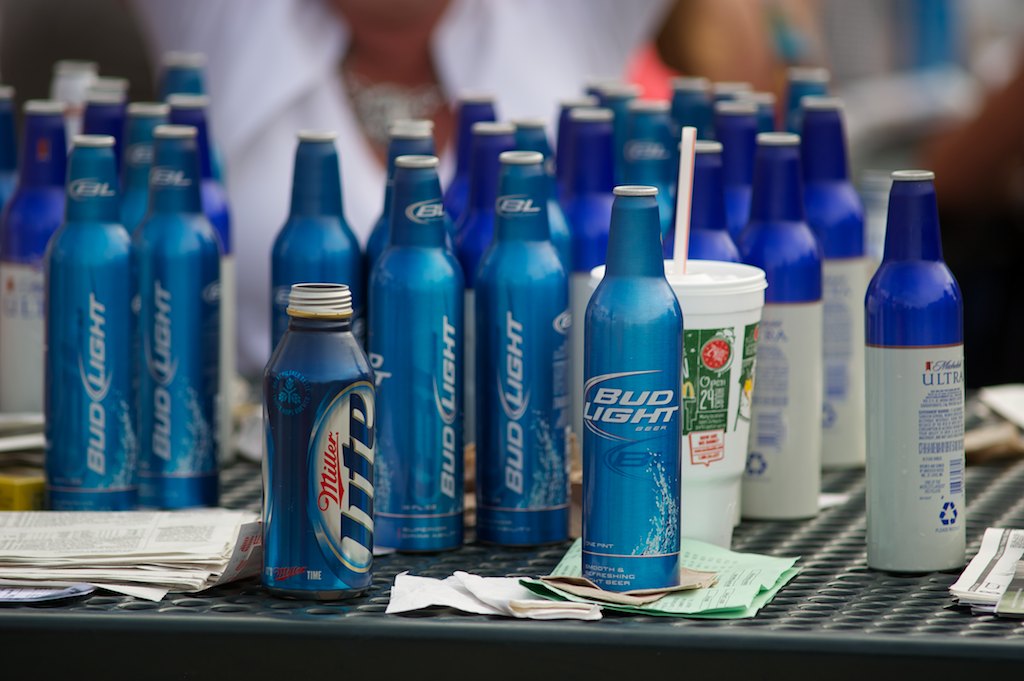 Many libations were consumed, though not by us. 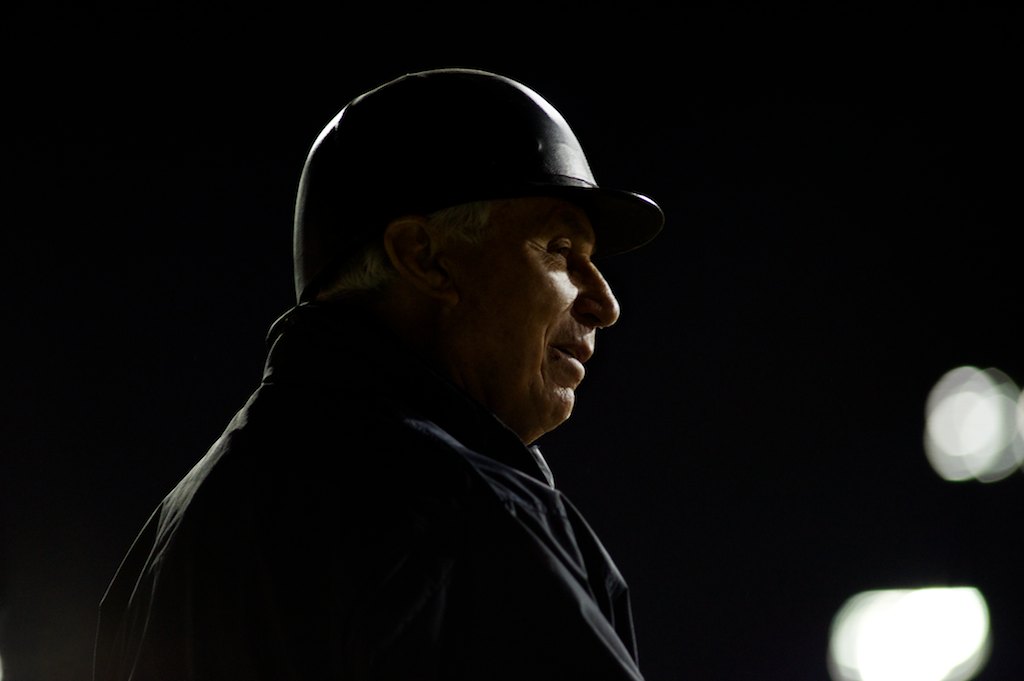 This is trainer D. Wayne Lucas mounted on his horse while his charges workout before 6:00 a.m. At age 77, he’s the patriarch of the backside. He likes to accompany his horses out onto the track, something I don’t see the other trainers do. They usually watch from on foot next to the track. Seems like a cool guy. 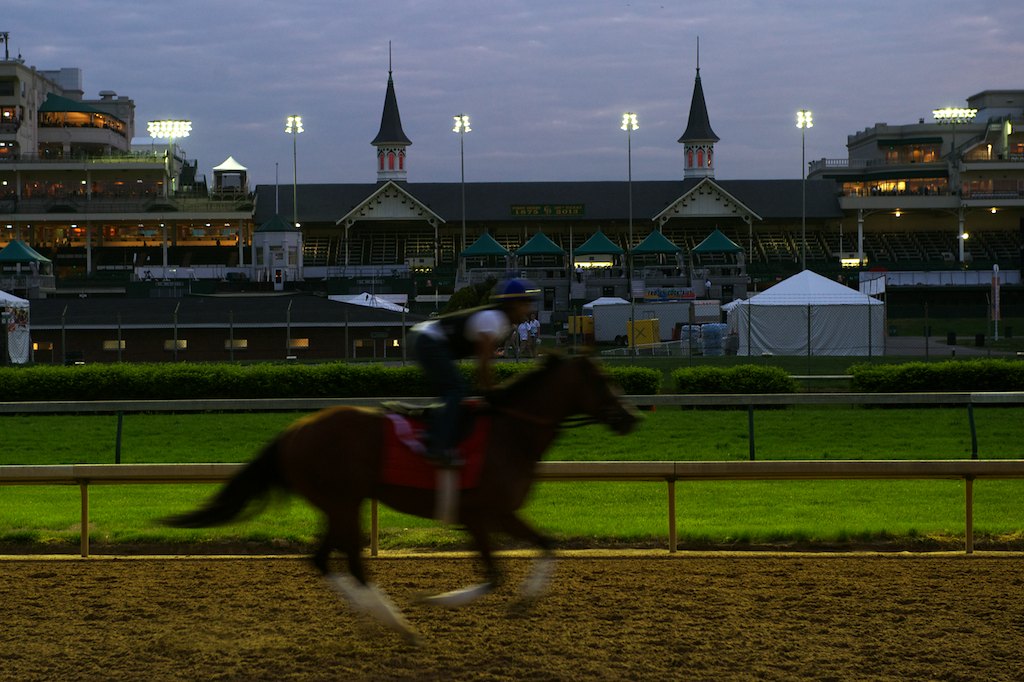 From the backside early in the morning. The twin spires are iconic symbols of Churchill Downs. The track lights were installed only a couple of years ago. Before that, horses trained in the dark until the sun came up. 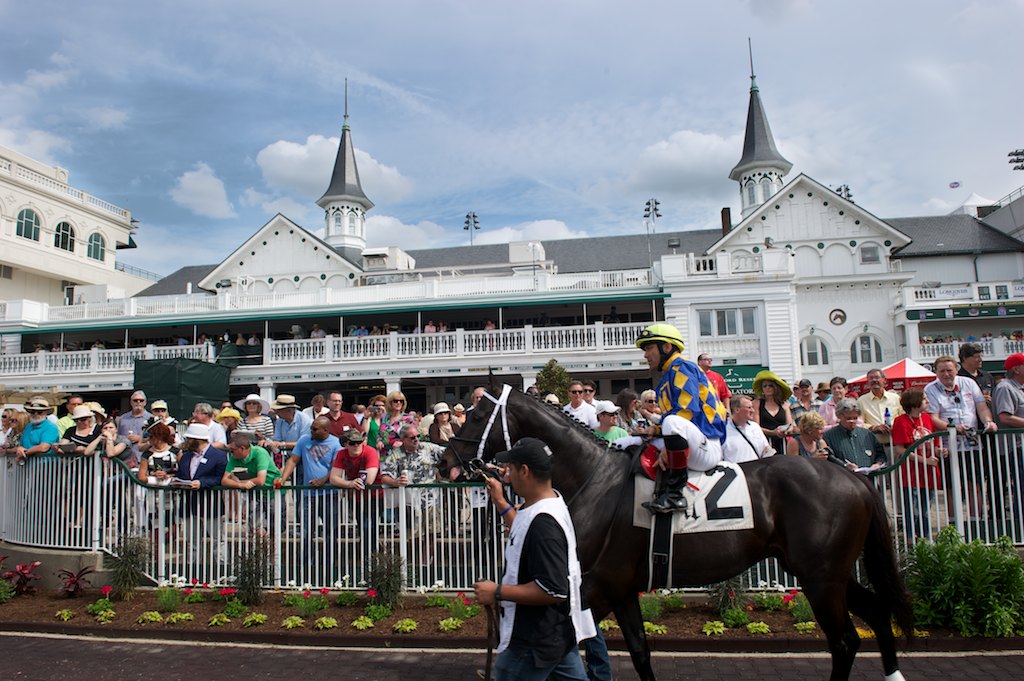 This shot is taken from the paddock on the opposite side of the track. Before each race, the horses are led around the track from the backside to a tunnel through the grandstands and out the other side to the paddock. There’s a small oval here where the horses are paraded several times around in front of those spectators that can actually see them. Then the jockeys emerge and mount up for the trip back through the tunnel and onto the track. On Derby day, the crowd surrounding the paddock is so thick that it’s almost impossible make your way through it. 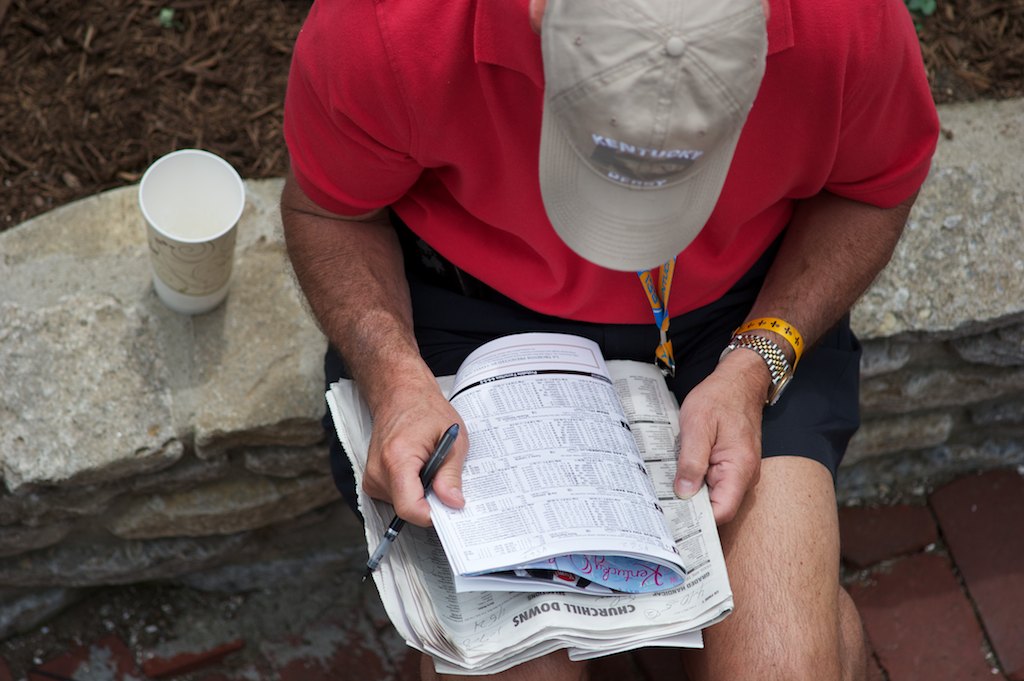 Lots of study goes into selecting the winner. It usually doesn’t work. 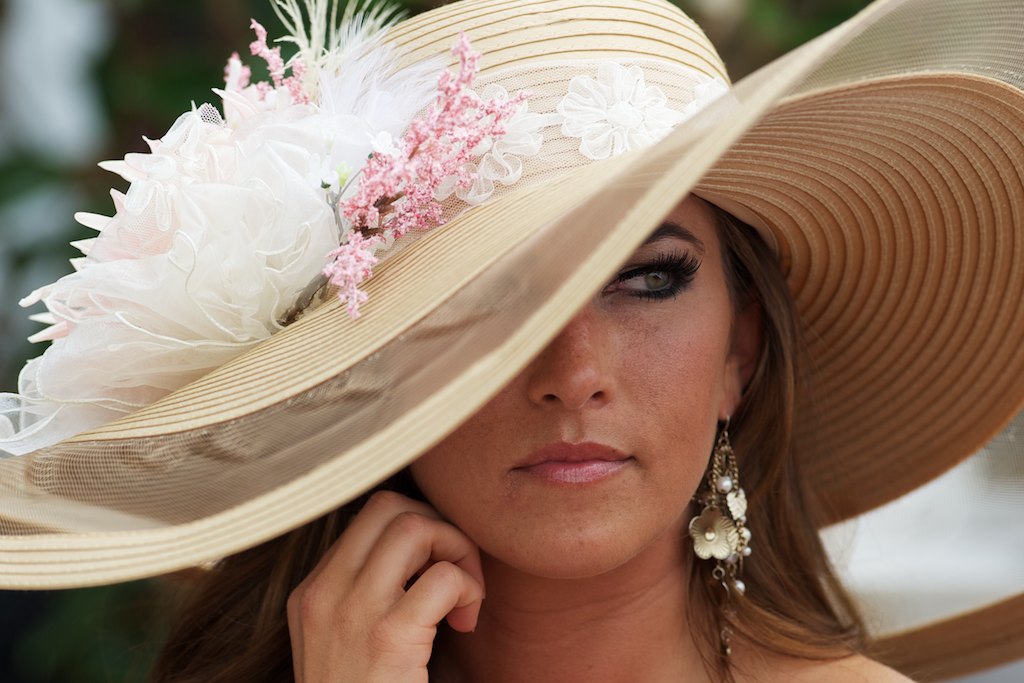 Of course, hats are a big part of the Derby experience. 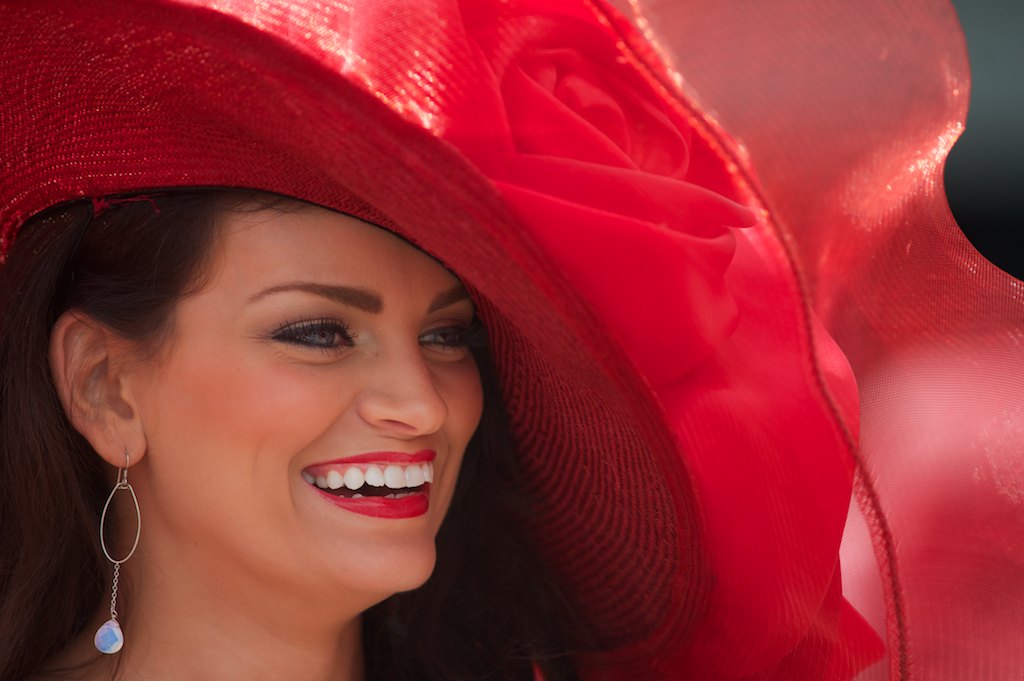 Part of the fun is prowling the crowds and stands looking for people to shoot. Women who dress like this will instantly assume a pose when they see a camera pointed at them; I like to catch them in a more candid way. Sometimes I feel like a stalker with a camera.) 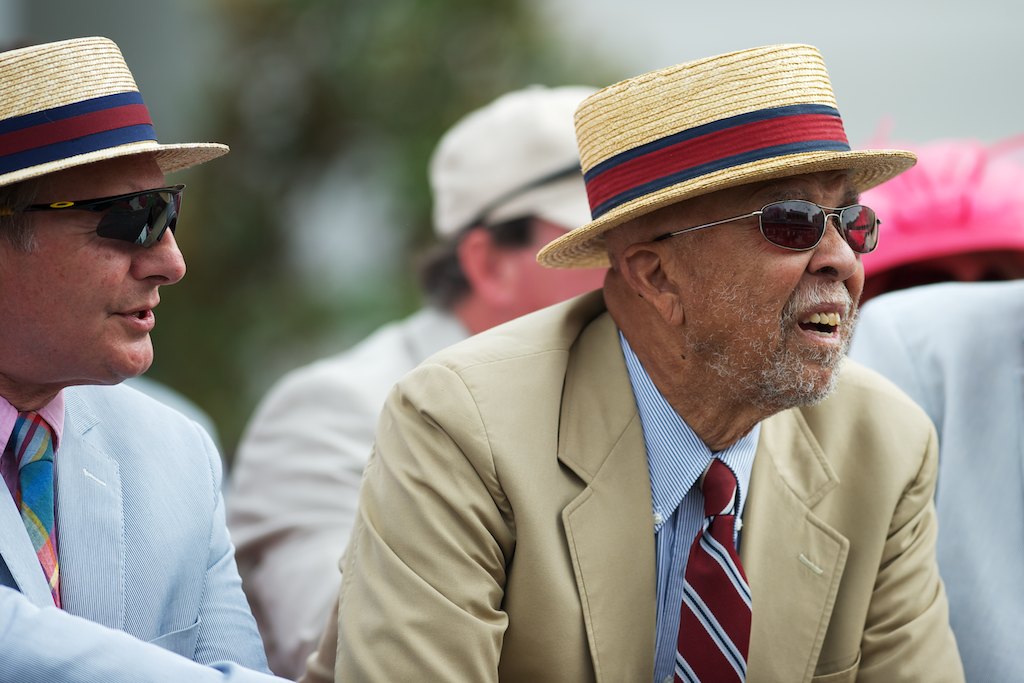 The guys get in on the act, too. People-watching doesn’t get much better than this. 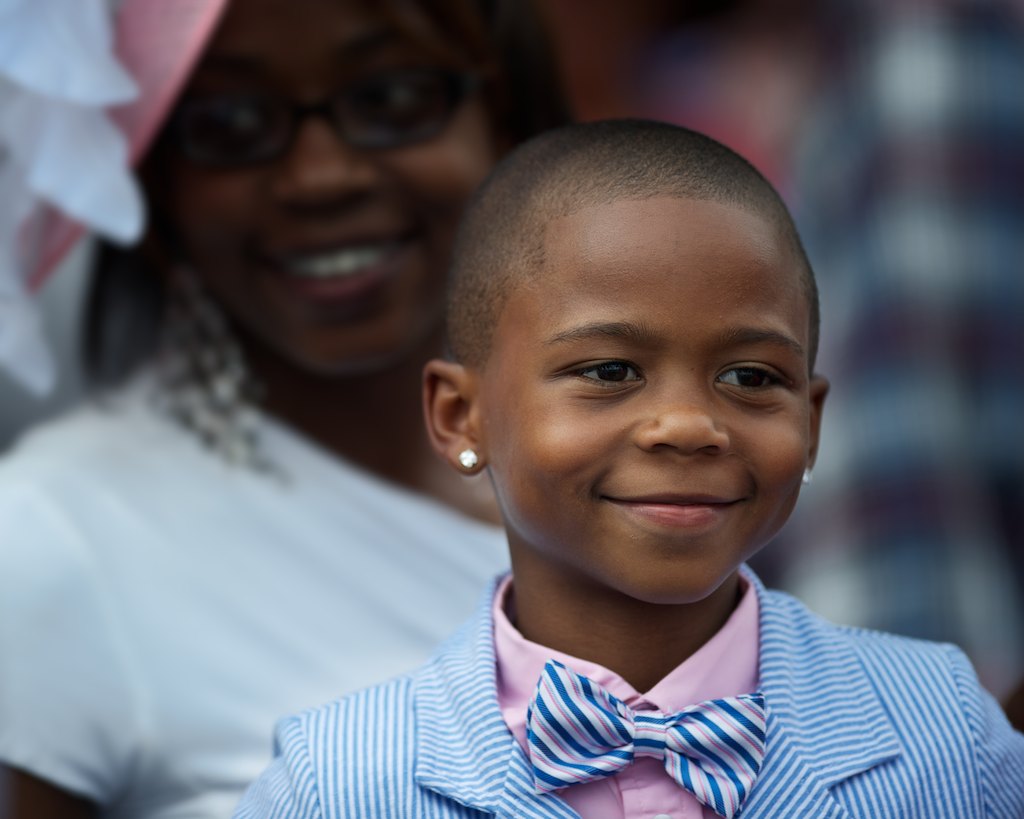 This little guy was sitting in a box right along the rail near the finish line. Primo seats–except when it rains. One of the perks of my photographer’s pass is that it grants me access to the track itself, so I could walk along the front of the grandstands looking for subjects. 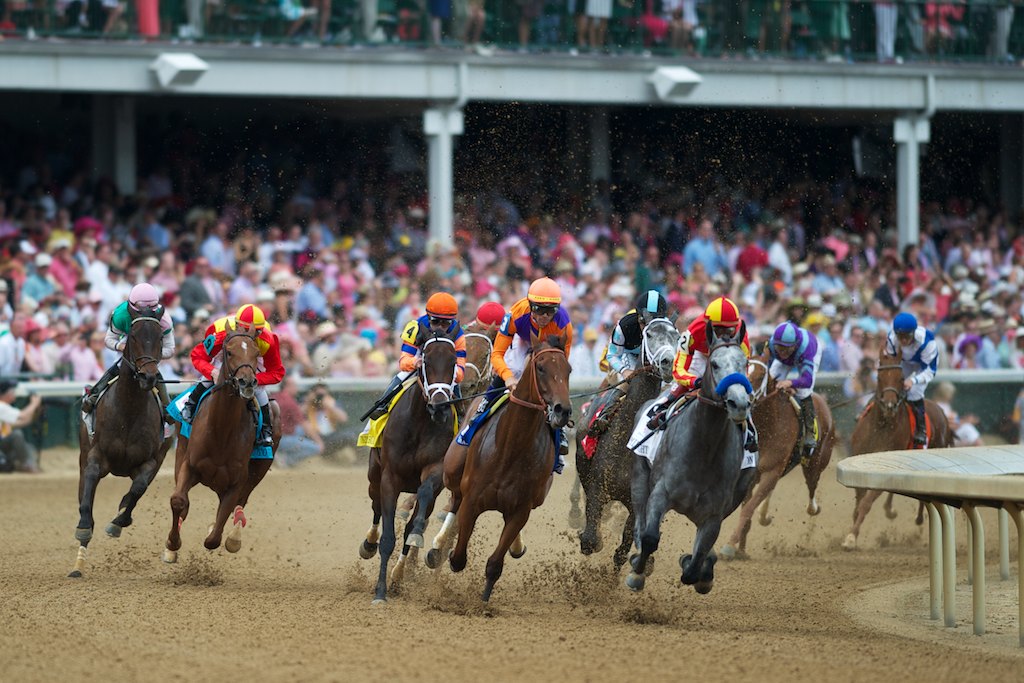 An obligatory racing shot from turn one. This is the Kentucky Oaks run on Friday for three-year old fillies. The Derby is the big one, of course, drawing upwards of 160,000 spectators, but the Oaks drew over 100,000 people this year, making it probably the second most attended horse race in America. Louisville schools are even closed on Oaks day. For this shot, I was kneeling next to the outside rail on the track with a 300mm–not really a long enough lens for this shot, so I cropped it. 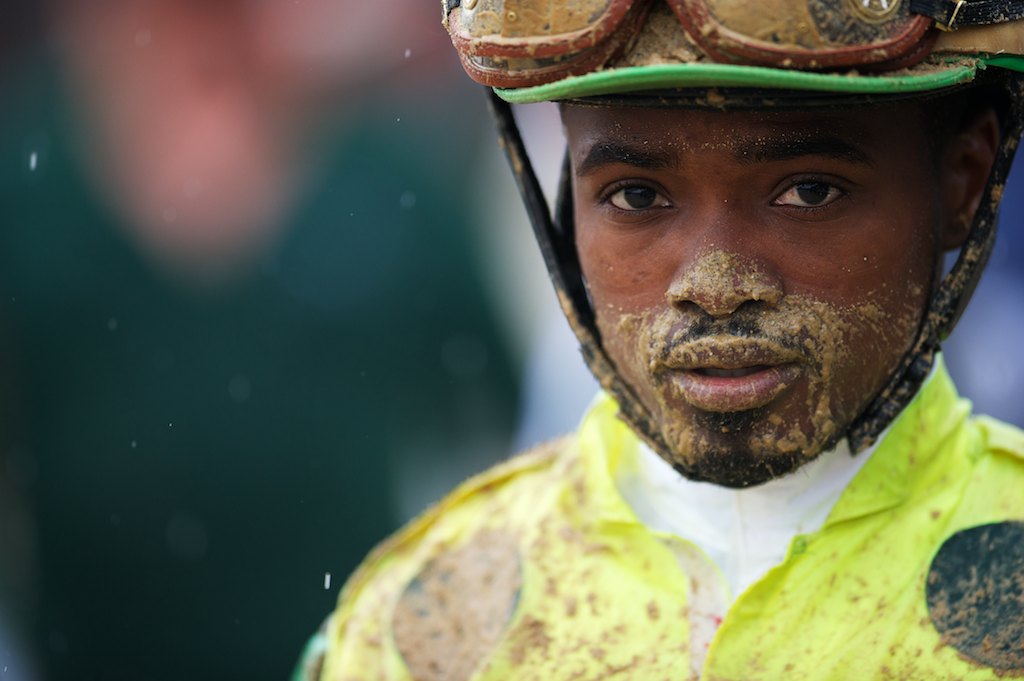 This is Kevin Krigger, the first African-American jockey in the Derby in more than a decade. I shot this on Saturday when rain made the track muddy. 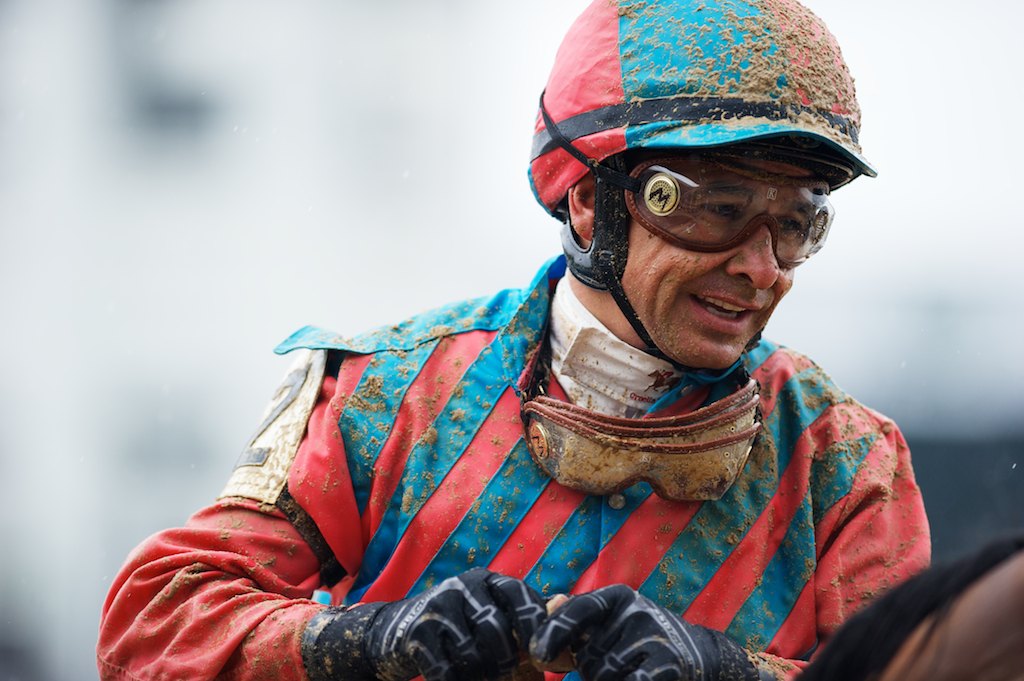 Depending on the track conditions jockeys will wear several pairs of goggles one on top of the other, pulling each pair down to their chest as they get covered with mud during the race. I’ve even heard of jockeys stripping their last pair off and going without to the finish. This is Mike Smith. He was down to his last pair, but he won the race so he wasn’t getting smattered with mud at the end.